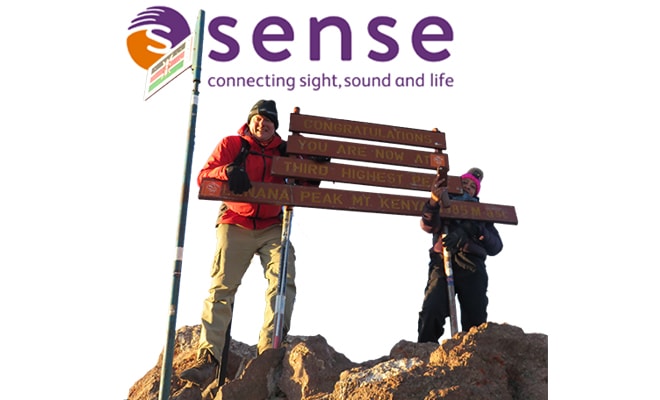 Our intrepid Commercial Director, Marc Bailey, is at it again! Not content with ascending to Everest base camp in 2008, his wife Farah and he stomped their way up Mount Kenya in October, and all in a good cause, raising money and awareness for ‘Sense’ as the headed for the summit.
Sense is a national charity that supports people who are deafblind, have sensory impairments or complex needs, to enjoy more independent lives.
Their original plan was to tackle a trek through the Simian mountains in Ethiopia, however due to civil unrest in that area they were forced to make other plans in Kenya. Mount Kenya proved to be an even bigger challenge at 16000 feet in height. After a four-day trek in freezing temperatures with snow and ice and living in the most basic conditions they reached the summit on 27th October.
I’m sure that you will join us in saying “Well done”!
Marc BaileyMount KenyaSense