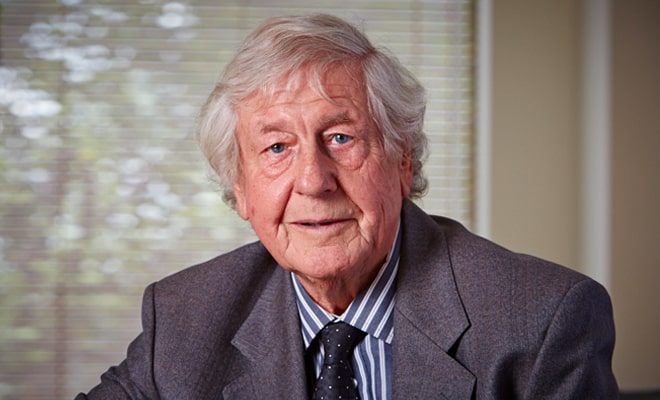 It is with deep sadness that we announce the passing of our Chairman, Mr Tony Evans.

Tony has been a driving force in the signalling industry for over 45 years.

He joined Klaxon in the mid-1970’s as Sales Manager at their Tyseley factory in Birmingham. After a successful number of years at Klaxon, he went on to gain several directorships before returning to Klaxon in the late eighties as part of a management buy-out from their French parent company.

After twelve months, the company was sold again to the Axon Group and Tony took up the role of Sales and Marketing Director. Upon seeing an opportunity to acquire the signalling division, he once again purchased Klaxon Signals and over the next seven years, he re-built the business, restoring it to be a leader in the signal markets. His work in Australasia and the USA in particular produced fantastic sales results for the company.

In 1997, Tony sold Klaxon for the second time. He stayed on to help its new owners the Helma Group for a short time during the transition period.

Now turning the age of sixty, he could easily have put his selling days behind him and enjoyed the quiet life. However, he decided that investing in two lads with an idea to create a new signalling company would be worth a shot and thus, Moflash Signalling was born. Apart from the financial investment he made, Tony spent the first year introducing the company to as many contacts as he could such as RS Components and NHP. Both companies to this day are still counted as key members of the Moflash distribution network and are just two examples of his legacy.

Although retired, Tony remained the Moflash Chairman and a shareholder and he always made himself available to be on hand to offer advice and help. He was extremely proud of what the company had achieved in such a short period of time.

He will be deeply missed by his family and everyone at Moflash but also by the many friends across the world who became so much more than just business contacts.

Moflash are proud to announce a new level of co-operation with Rexel UK. Moflash is…