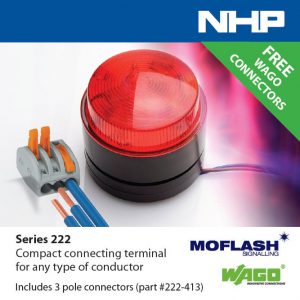 After the recent visit to Australia by Simon Evans, NHP have taken both of the LED80 and X80 into their signalling range. Having received and supplied the first stock orders which are now available from all NHP locations in the country, NHP have launched a promotion campaign which included another leading brand the WAGO connector