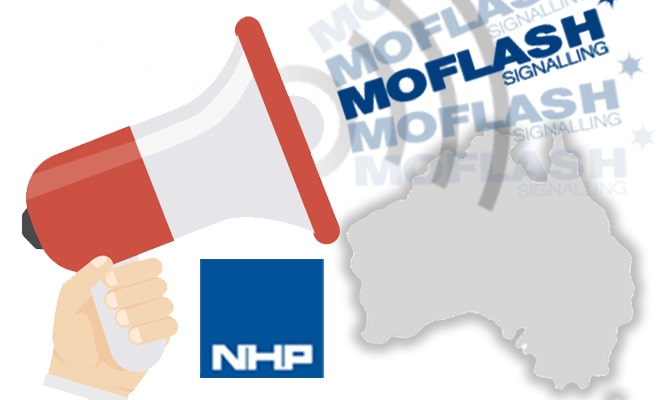 NHP, the distribution partner for the Moflash brand of visual signalling devices in the Australian and New Zealand markets has been running a promotion on the Moflash lines for the last few months which has had a fantastic effect on the beacon sales for the company. The region was under very strict Covid rules and although a totally understandable stance, the impact on signal sales was noticeable. However, the promotion has certainly had an immediate effect with shipments of products returning to pre-Covid levels.

“The signalling stockist promotion being run in Australia is aimed to increase stock visibility of Moflash products on electrical wholesale shelves by increasing the number of stock packs sold through the channel and development of new merchandise to support the initiative.

This promotion will also be used to generate increased awareness of Moflash products, and the signalling solutions developed via the use of this range. The promotion to date has met decent success in terms of the stock packs sold and the level of engagement through our marketing initiatives”

After almost 4 years of collaboration with the distributor Rexel in France, Moflash has moved…